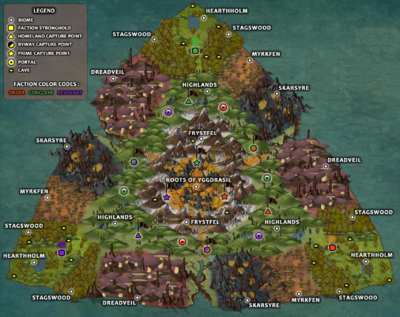 Map locations are marked above.

Portals allow players to quickly travel to a point near another Faction's Stronghold. To use a Portal, approach it and press the 'F' key.